The ‘Jingle Trucks’ and the emergence of Truck Art

Earlier in June, I shared a piece about Pakistani Truck Artist Haider Ali and his homage to George Floyd. It resonated with many people. At the same time, I was also writing a separate piece around the cultural landscape and art scene in Pakistan. Originally, I had planned to include something about Truck Art, which I have always been intrigued and charmed by. I even wrote about it but in the end, I had to exclude it from the final version. But words are never wasted, and here I share some of that in an extended version.

Anyone who has visited Pakistan, seen it on screen or in pictures, would have encountered the vibrant, highly distinctive, and perhaps even outlandish, painted trucks. This form of decorating and customising trucks is popular in South Asia, but the designs and passion displayed are quite exceptional in Pakistan. Over the years these truck designs have transformed and evolved from depicting religious iconography and Sufi saints to a much more dynamic art-form. The lively and loud paintings incorporate animals, fauna and flora in a psychedelic array of colours. The artwork is paired with poetry, calligraphy, popular idioms, and popular iconography to represent an individual expression of the trucker’s identity and background. On the surface, they may appear the same but deeper inspection reveals the regional identity and character of the person and the location. Although it is thought that specialism in truck art was prevalent in NWFP/KP, it has travelled through migration of labour to the port city of Karachi, where it has found fertile ground and flourished.

The exact origins of this kind of art-form are unknown, but it does date back to the early 20th century. According to Paracha, a more restrained version of this art-form was present in the subcontinent in the 1940s. That of course would also have something to do with the lack of accessibility to the materials used to paint and decorate these trucks. Paracha suggests that, “It first appeared on trucks and lorries driven by Sikh transporters who would paint a portrait of their spiritual Gurus, or those who helped form the Sikh religion. The portraits were painted with the loudest of colours. Simultaneously, Muslim transporters and drivers began to paint portraits of famous Sufi saints on their trucks and lorries.”

On Pinterest there is a popular quote suggesting that “In the 1920s, the Kohistan Bus Company hired Ustad Elahi Buksh, a master craftsman, to decorate their buses to attract passengers. It was not long after that truck owners followed with their own designs. Within the last few years trucks and buses have been further embellished with full lighting systems.” 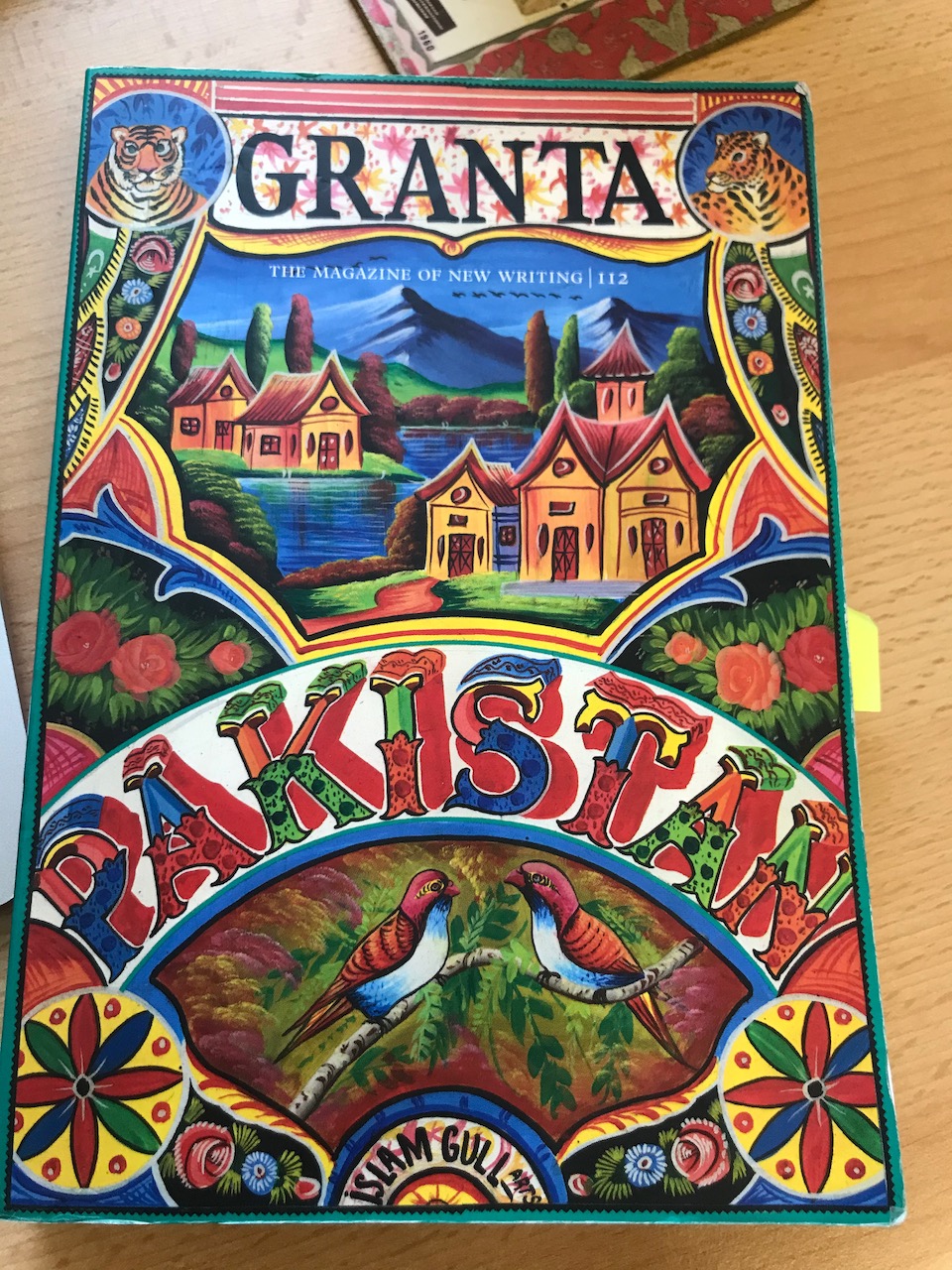 Another source elaborates and suggests: “This extraordinary tradition has its routes in the days of the Raj when craftsmen made glorious horse drawn carriages for the gentry. In the 1920s, the Kohistan bus company asked the local Michaelangelo, Ustad Elahi Buksh, a master craftsman to decorate their buses to attract passengers. Buksh employed a community of artists from the Punjabi town of Chiniot, whose ancestors had worked on many great palaces and temples dating back to the Mughal Empire.”

The special edition of Granta in 2010 also suggests that there were links with the “ornate horse-drawn carriages of the Raj to the pioneering craftsmanship featured on the Kohistan Bus Company’s fleet in the 1920s.”

The vast majority of the privately-owned Pakistani trucks are decorated with any combination of paint, wood carvings, mirror work, hammered metal work. They are heavily decorated and most often highly personalised to driver’s vision or interests. No one truck is the same. The truck drivers spend large sums of money on customising their trucks, which are not just “painted” but also involve structural work to modify the interior and exterior. According to Jamal Elias, in 2007 the cost of customising these trucks could go up to Rs. 400,000 (US$7,000 at the time), which included having the “coachwork completed on a Bedford truck, the iconic vehicle of Pakistani truck arts. In contrast, the cost of decorating a triple-axle unibody vehicle such as a Hino or Nissan in the Balochistan style was between US$12,000 and US$16,000.” (Elias, 2012). The vast majority (96%) of freight in Pakistan is carried by trucks for transporting goods and this art-form by extension then generates livelihoods for many households.

Samina Zia Sheikh (2018) writing about the expansion of truck art as popular culture notes how, “Decoration of these trucks gives us clear idea of competition between owners of these vehicles in execution of outrageous and daring images, designs and ornamental patterns. These aesthetically adorned vehicles are pleasure for the eyes of observers. Truck art represents a truck driver’s journey that drives this vehicle for long hours.”

The ‘jingle trucks’ as they are referred to sometimes play an important function for the drivers. Sheikh notes that the, “Hanging chains on the front and back-fenders with different shapes like bell, hearts, pīpal leaf or pān kā pattā attached with ghungrū, give off delightful jingling sound whenever vehicle hits furrows or ditches on road. Nazir Hussain is an expert in this field and, working since sixteen years, tells that this work is not only an element of embellishment but has its significant importance in decoration and otherwise. Jingling sounds of chains on rough roads works well on the psyche of truckers and helps them concentrate on driving more watchfully. He said, the sound of ghugrū and zanjīr keeps the driver active and awake during long routes of driving.”

Karachi based artist, Haider Ali, has played an important part in taking this art-form to an international audience with his first exhibition in 2002 at the Smithsonian Folklife Festival. The festival was important because, for the first time, it allowed international markets and artists to see and experience this work first-hand, as painter Haider Ali and bodywork expert Jamiluddin shipped a truck from Karachi to Washington DC. For Haider, who has worked for many years, it is important that young artists are trained properly, especially if this craft is to carry on and grow.

Haider Ali’s family originally belonged from Jullundur before the 1947 Partition of Punjab. His family migrated and settled in Karachi, which has become a hub for Truck artists. The whole neighbourhood around Garden Market in Karachi is devoted to truck decorations. Haider recalls that the market started around 1955 and gradually grew as the usage of trucks started growing in the 1960s. He recalls how truck owners would come and request that they paint images often associated with their own homes, villages and interests. These moving visual memories of home would travel with them while they criss-crossed the land and breath of Pakistan.

At the same time Elias suggests that, “Pakistani truck is a cultural vehicle in the sense that it carries in it and on it an array of cultural messages and expectations…It is also the most widespread expression of visual material culture in the country, saying more about the visual regime of Pakistan than other forms of art and visual expression that are traditionally treated as legitimate windows into the beliefs, practices, and dispositions of members of Pakistani society at an individual and a collective level.” (Elias, 2012)

This unique form of self-expression has today taken on a completely new life in popular imagination. It has carved out a space in the re-branding of modern Pakistan and usage now extends far and beyond the world of Trucks. Popular amongst tourists, keen to take a little piece of Pakistan, the world of Truck art is also very reminiscent of Canal Barge art.

Pakistan’s Truck Art by Matthieu Aikins, for the Pulitzer Centre, May 2013. 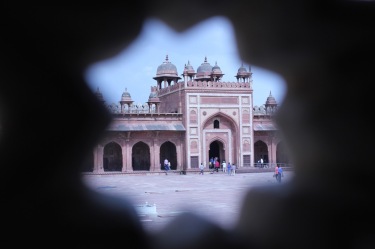 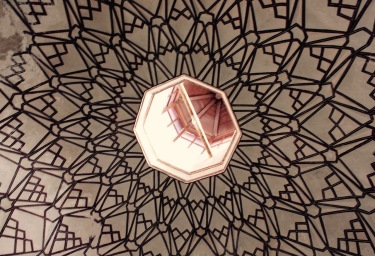 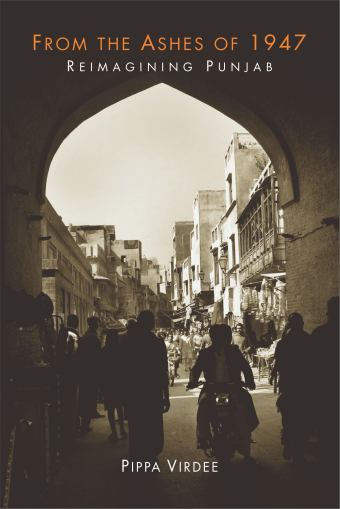 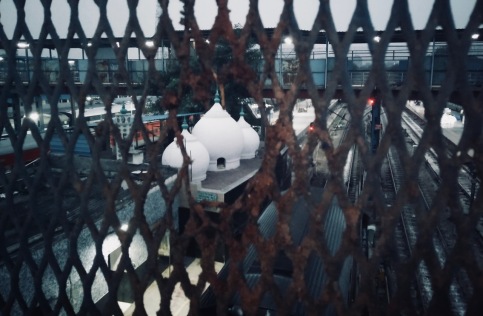 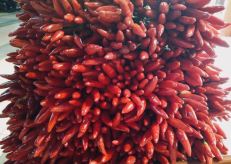 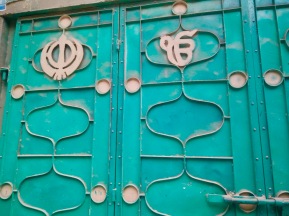 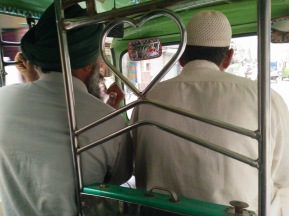 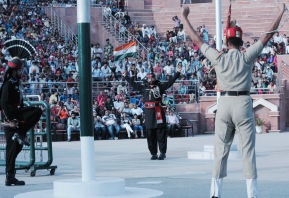 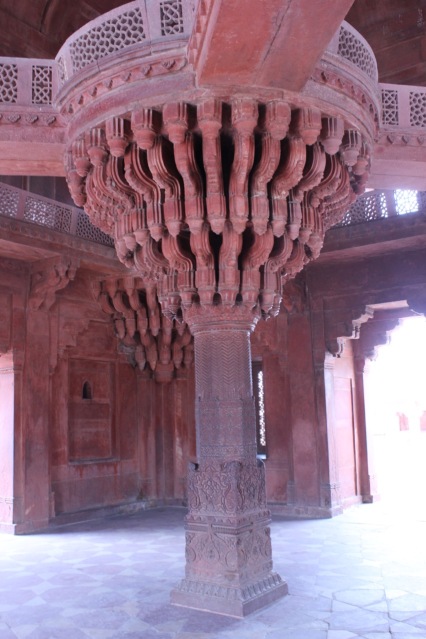 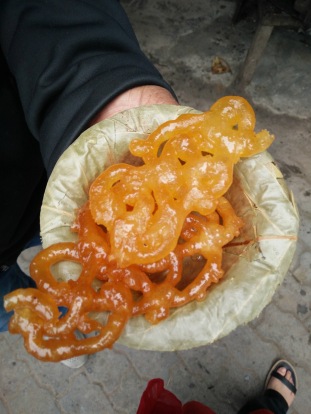 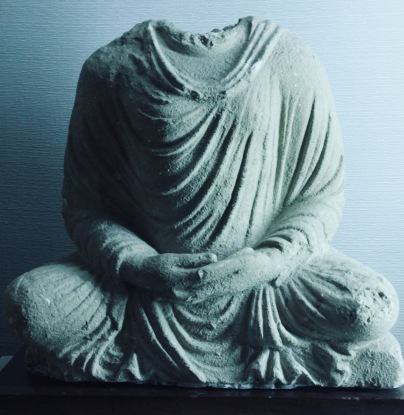 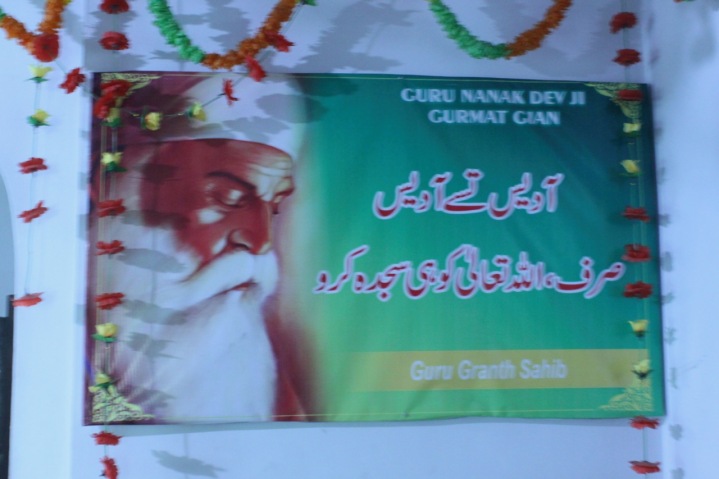