Sadly, I came to know that the young forgotten heroine of the independence movement passed away at the weekend. I interviewed Fatima Sughra in 2009 and only came across her by accident. Below is an extract from the amazing interview with her and sadly many Pakistanis are not even aware her or that she quietly lived in Johar Town, Lahore. At the age of 14 she became involved in local processions/protests being organized by the women working for the All-India Muslim League. Inspired by what was going on Fatima joined them and recalls one eventful day:

I was born in 1931; our house was between Mochi Gate and Shah Alam Gate Lahore. I was 14 and half year old that time and studying in 9th class. In those days, there was a disobedient movement against the Khizr Government and the Muslim League leadership made regular protests and processions in the streets. I read Zamindar newspaper and came to know that Begum Shahnawaz, Begum Salma Tassaduq Hussain, Begum Jalandhri and Fatima Begum were arrested in Lahore. I asked for permission from my father to participate in the processions; finally he allowed me. I along with my friends reached the Assembly Hall that day. I saw at that time a big crowd was shouting and chanting slogans: ‘(Zindabad) Long live Muslim League; long live Qauid-i-Azam; Pakistan will be created whatever it cost to the Muslims (bun kay ray ga Pakistan).

I think it was in February or March 1947. Daily processions were arranged and we took processions to the Radio station, at Mall Road, Jail Road, High Court and Civil Secretariat. We took the procession to the inner city. Hindus laughed at us. I remember the day I took off the Union Jack and replaced it with hoisting a [makeshift] Muslim League flag. Many Muslim women, (who had never stepped out from their house before) came out from their houses and took over the street of the city. This was happening all over because the Begums [elite Muslim League Women leadership] went door to door and convinced the Muslim women to come out from their homes for the protests. I do know what sort of passion was inside me at time; I just jumped over the Secretariat Gate.

There was a girl who was very tall…. I think her name was Begum Aslam. I put my foot on her shoulder and reached at the top of the Secretariat building Lahore. I did not know even, I pulled out the doori (thread) and flag…That day Begum Hadiat Ullah was leading the procession she said to me: ‘are you alright? I shouted, yes, I am alright’. The crowds were shouting slogans. I became very emotional and replaced the Union Jack with the Muslim League flag. Afterwards the Police arrived there; some boys escorted me and helped to get down from the stairs. The police sprayed heavy tear gas and used lati charge over the crowd. I rented a tonga and paid 4 anna and reached home safely. At home I told my mother about hoisting of Muslim League flag……she replied: ‘ok, I know you are doing such things every day’. At our house the daily Zamindar used to come every day and there was big news in the next day’s issue: Fatima Fada Hussian took off the Union Jack and hoisted the Muslim League flag. My father kissed me when I was sleeping because of this act. My father was very proud on me and said to me ‘my daughter I’m proud of you, you have done a big task’. That day I did break my fasting and again went to join the street processions.  Begum Sikandar Hayat, Zahida Hayat, Asmat Hayat and Shamim were with me. They had been released from jail. We brought them in the Nasar Bagh in a procession. There was a big gathering and all Begums delivered very stimulating speeches. They called me on the stage and put a har of fruits around my neck. My friend ate most of the fruits and remaining part I showed to mum when I went home. [Laughing]

My father was a well-reputed person in our mohalla and people of the mohalla asked him many things about us. In those days, the people were very good and they cared about other people of mohalla. Now-a-days nobody cared about anything.

I had little interest in politics. I just went to join the processions for enjoyment. I thought that Muslim League represented the Muslims and Quaid-i-Azam was their leader and struggling for the creation a Muslim country. When I hoisted the Muslim League flag in the Secretariat building, many people came to my house to congratulate me and my family.  I became a renowned girl.

This was an extract from an interview conducted with Fatima Sughra in her house in Johar Town, 2009. 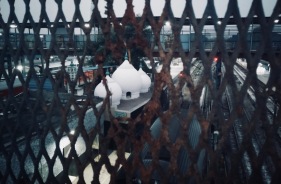 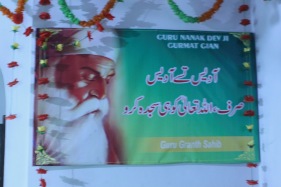 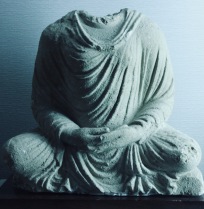