Two perceptions of the language divide in (East) Punjab, 1951

“A very serious situation has arisen in Jullundur district over the language controversy. You must be already aware of the propaganda which was carried on by a certain class of Hindus for persuading the Harijan classes to state at the time of census that Hindi was their mother tongue. Partly as a result of this propaganda and partly on account of the predominance of Hindus amongst the enumerators, a very large section of Harijan population has been recorded as Hindi-speaking population…Illiterate Harijans in the villages who cannot speak or understand even one word of Hindi have been recorded as Hindi-speaking individuals. This has naturally caused resentment in the minds of the Sikhs and they have in a quiet and peaceful manner told the Harijans that the latter have nothing to do with them and a state of peaceful boycott prevails in a fairly large number of villages…The Hindu communalists nakedly in some cases and under the grab of Congress and nationalism in other cases, have fully exploited this situation. They have instigated the Harijans to pick up some quarrel or the other and thus to afford a pretext to the police to make arrests. During the last 3-4 days over 100 persons have already been arrested from villages situated in the different tehsils of the district. Of the arrested persons, about 30-40 so far are the Harijans and the remaining persons are Sikhs, mostly Jats. The action is taken for breach of peace and bails are purposely delayed in order to demoralize the rural people…I had a long talk with [Chief Minister] Dr. Gopi Chand who was on tour at Jullundur yesterday, but as usual he is extremely indecisive. [Some] MLAs are doing their worst to instigate the Harijans and are poisoning the ears of the local officers. Lala Jagat Narain [future founder/editor of Punjab Kesari] has been particularly poisonous in his writings. A very serious situation prevails, and I won’t be surprised if the province is hurled into chaos and if serious effort is not made to straighten out this matter…The self-styled leaders, the press and the local officers should be made to realize that they are playing with fire and the consequence can be extremely disastrous”.

“The bitter animosity which has been witnessed in Punjab and the PEPSU between the Sikhs and the Hindus over the Punjabi-Hindi language controversy in the census has had unpleasant repercussions for the Harijans in many centres of these two states. There have been several complaints of the coercion [arson] and economic boycott [departure] of the Harijans of the PEPSU by the Sikhs, [across villages] in Kapurthala and Patiala district(s). Security proceedings have had to be commenced against Harijans and Sikh Jats…

A deputation of Hindus and Harijans of [some] villages of Kapurthala district, waited on the District Commissioner with complaints of oppression, but were reported to have been told that they had themselves invited this trouble by furnishing Hindi as their language, while living in a Punjabi-speaking area…of Sikh Zamindars. Some of them complained that Akali workers had forcibly obtained their thumb impressions on applications, which sought to have their language changed from Hindi to Punjabi. Some harassment of Harijan women has also been mentioned, [amidst] reported, [en]forced [departures]…Some Harijans, apparently acting under intimidation, actually applied to the DC to alter their language from Hindi to Punjabi in the census returns. In Sangrur district, the Harijans are reported to have been boycotted by the Sikh Zamindars, with the result that they had to march long distance to the town to fetch their food-grains and other daily necessities of life. The districts of Bhatinda and Fatehgarh Saheb were the [other] areas from which such trouble has been reported [with] Harijans of rural areas reported to have moved to town for safety.

In Punjab, Jullundur district has been the worst affected. 98 Jat Sikhs and 45 Harijans have been arrested in this district. A Harijan was murdered by Jat Sikhs…on February 28. Some of the houses of the Harijans who furnished Hindi as their language were reported to have been set on fire…It is reported that the Harijans of these areas have refused to remove the dead bodies of the animals belonging to the Sikhs, and that the latter have boycotted them…Similar complaints have also been made against the Sikhs by the Hindus and the Harijans of some centres of Gurdaspur district…Hoshiarpur and Ferozepur district have also been scenes of similar communal trouble.

The PEPSU Achhut Federation has protested strongly against the “unprovoked high-handedness and injustice” done to Harijans during the census and has demanded their immediate resettlement in their own villages. [There was] a well-attended conference of the depressed classes’ league at Patiala on March 4. A resolution was then accepted, urging the central government to order an independent enquiry on the high-handedness of the Sikhs and the maltreatment of the Harijans of Punjab and the PEPSU in the course of the census operations. [A] speaker warned that the Harijans could cause havoc by staging a week’s hartal of sweepers. [Another] warned the Sikhs not to poison the atmosphere with the language controversy.

The Harijan Sabha of Amritsar convened a meeting on March 6 and warned the Harijans to beware of the tactics of both the Hindus and the Sikhs, and to remain aloof as a separate group. The government was also requested to take the necessary action against the aggressors, failing which, it was warned that a movement of satyagraha would be commenced by refusing to do scavenging and other menial services. The Sweepers Federation of Simla also held a meeting, to deplore the communal tension created by the census operations due to the coercion of the Sikhs. One of the speakers…threatened a strike of sweepers. Resolutions were adopted protesting against the victimisation of the Harijans and demanding the appointment of an enquiry committee consisting of officials drafted from other states.

A refugee camp has been set up at Amritsar by the Hindu Mahasabha and the RSSS, with the assistance of the local Scheduled Castes Federation, to shelter the Harijans who have been migrating from rural areas…There are now only 25 inmates in this camp, but about 245 other Harijans are in shelter in the town with the help of local Hindu hide merchants…This situation was mentioned by NC Chatterjee of the Hindu Mahasabha, at a public meeting at Amritsar on March 11, when he said that the social boycott of the Harijans of Punjab would lead to civil war and anarchy. [A] Punjab Hindu Mahasabha [speaker] advised the Sikhs to stop their oppression of the Harijans in rural areas, warning them that the Sikhs might similarly be victimised in other states of India where they were n a minority.

As is well-known, Master Tara Singh and other leaders of the Shiromani Akali Dal have been bitterly critical of the Hindus and their action in recording Hindi as their language in the census…[Their] visit in Patiala, in the last week of February, gave rise to rumours of impending communal disturbances…Several refugees are reported to have left…Unless firm measures are taken both at official and non-official levels, there may be the danger of the situation getting out of hand”. 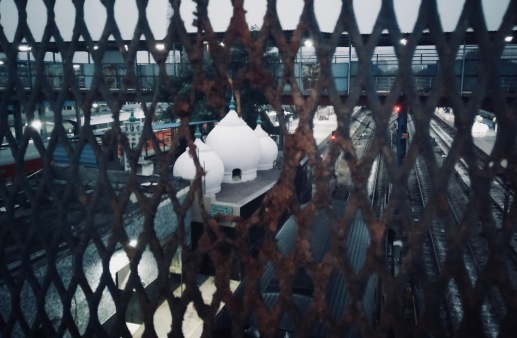 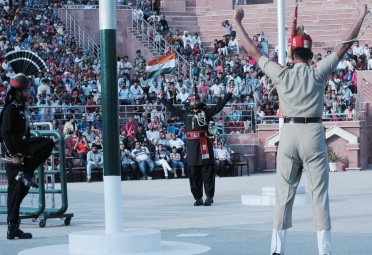 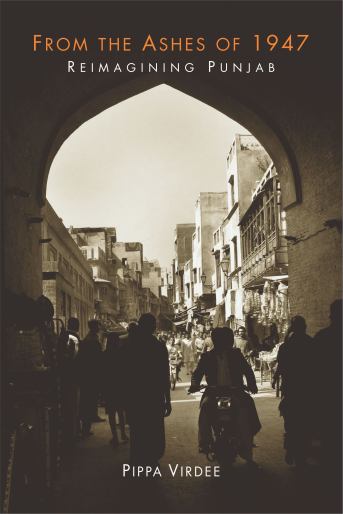