Operation Bluestar and 1984 are etched on the memories of most people living in north India. It was the codename given for Indian military action to oust Jarnail Singh Bhindranwale and his followers from the buildings of the Harmandir Sahib, Amritsar by the Indian government. By the beginning of June 1984 it was clear that negotiations between the Indian government and Bhindranwale had failed and the build-up of the Indian Army around the Gurdwara complex meant that a full scale confrontation was imminent. Much like the Tiananmen Square protests of thirty years ago, the abiding memory of Operation Bluestar is of Indian military tanks charging into the holy complex of the Golden Temple. More controversially though has been the recent disclosure of the British government’s assistance to the Indian government prior to this operation.

Many of the documents at The National Archives (UK) pertaining to this period are still closed or retained for 40 years. However, a few of them were released.

There is also a two-page message from PM Indira Gandhi to PM Margaret Thatcher on 14 June 1984. Gandhi to Thatcher.

The following articles are also worth reading around the British Government’s involvement:

British government ‘covered up’ its role in Amritsar massacre in India by Jamie Doward, The Guardian, 29 October 2017.

Phile Miller provides more details about the Operation Sundown the covert operation that never happened via his Blog. 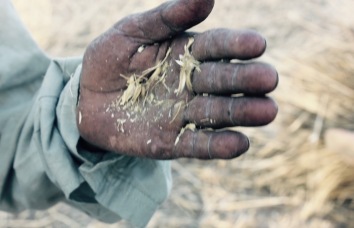